The most sensational, inspirational, celebrational, muppetational

I was going to write a different sort of post wrapping up a rad weekend in Portland, a post that was going to be way more sappy and comprehensive. But then I ended up writing nearly 2k words on just one night, so I figured let's limit the scope a bit.

Oh, I Didn't Know You Were Into EDM?

Before that, I should give a brief explainer of XOXO as a thing, rather than as four letters that may not mean anything to you (1). XOXO is a conference and a festival, held in Portland, OR, organized by two Andies, and loosely structured around independent creatives on the internet.

After a week of having to explain to co-workers why I went to Portland last weekend, that seems to be the best answer I can come up with, but if ya got something better, I'll take it. Also, worth mentioning that it's not, in fact, an EDM festival, as Netflix and my manager seemed to believe (2).

This was my first year attending the festival, and in short I'd say it was amazing, and you should absolutely go to it... if they ever have it again. Which is a mighty big if. Sorry. ¯_(ツ)_/¯

Again, I could write a longer post full of sappy reflections and such, especially given the wide-ranging and hard-to-define nature of the festival. But there's one thing that keeps tumbling around in my brain since this past weekend, that seemed to have an impact on me, and that I really want to congratulate XOXO on.

This is a festival of independent internet creatives, and almost everyone I talked to/read hot-takes from about the festival has said how inspiring it was. How much it changed people's perspectives and made them want to get up and do something.

And I agree wholeheartedly. It absolutely was a huge inspiration. But, especially in the liberal, progressive, educated, techie, and (primarily, though not exclusively) affluent circles that are drawn to XOXO, there's often a particular type of thing that is inspiring. Things related to changing the world in some Big-with-a-capital-B and Important-with-a-capital-I way. Things like equality, social justice, economics, technological progress, etc etc.

Those things are rad as heck and awesome and deserve to be celebrated forever. And XOXO absolutely celebrates them, including talks (3) this year by Jenn Schiffer on challenging sexism and inequality in the tech world, Lucy Bellwood on the challenging economic realities facing artists, Heben Nigatu on creating safe spaces for black women, and Esra'a Al-Shafei on basically how to be the coolest person ever.

But XOXO also celebrates the stuff that is neither Big nor Important. And this year, I think one part of the festival in particular showcased this really well:

On Saturday night of the festival, there was a track of curated screenings/Q&A's of/about film and animation, from a bunch of creators. And this night absolutely included some excellent Big and Important stuff. We had Anita Sarkeesian and the Feminist Frequency team premiering their new show, "Ordinary Women," about awesome women largely ignored by mainstream history. That's Big. That's Important.

We had Tony Zhou and Taylor Ramos from Every Frame A Painting talking about the creative bankruptcy in modern movie scores. Maybe less Big and Important, but still presented in an incredibly detailed and thoughtful and analytical way. It was like watching a very well-done film thesis essay. Decently Big. Decently Important.

We had The Brothers Chaps from homestarrunner.com, (a series of charming, weird, and unique flash cartoons from the early 2000s) Lindsay and Alex Small-Butera from Baman Piderman (a series of animated shorts about Baman, an off-kilter version of Batman, and Piderman, an off-kilter version of Spiderman, and their grotesquely adorable friendship and adventures), the guys from Auralnauts (a pair who use their sound design skills to make silly redubs of movies and pop culture), and the folks from Don't Hug Me I'm Scared (not gonna explain it to you. Just watch, although if you're severely not into blood I can't quite in good conscience suggest it.)

It would be enough if the Andies just created this venue that allowed it all to be shown together. To give the silly as much of a stage as the serious is an awesome enough end goal.

But a weird thing popped up during this event: we got to see the ways that even the silly side of the evening was still big, and still important (note the lack of caps.)

The Brothers Chaps, in showing off their Two More Eggs series, showed how valuable it was to have talented, artistic folks making truly great comedy for kids. That's big, and that's important.

The Auralnauts, in talking about the legal challenges they've faced in remixing popular works, showed off the flaws in an archaic copyright system that can often prevent geunine expression from flourishing, and the ways in which the internet brings those flaws out into the mainstream. Definitely big, definitely important.

Lindsay and Alex showed how making silly things their own way allowed them to carve out a career in animation that followed their own unique path outside of Los Angeles, and how they were actively trying to help other people follow their path. That's big, that's important.

The Don't Hug Me I'm Scared folks even managed a (possibly unintended) meta-commentary about film festivals and Q&As, by bringing their same level of silliness, darkness, and opacity to their post-show talkback as they did to their series. They kind of broke down the entire structure and idea of the night, for a few brief minutes. Pointing back at us the silliness of this whole festival endeavor every once in a while is certainly big, and certainly important.

XOXO is a festival curated around the taste of Andy Baio. Whenever anything is all passing through one filter, there will be elements that are unique to that filter. It seems to me, whether intentional or not (4), part of the Andy Baio filter is to realize the bigness and importance of the stuff that isn't Big or Important. And thanks to that Andy quirk, we got a weekend that celebrated that.

A weekend where John Roderick's freewheeling talk about grunge and German television was just as impactful (to me at least) as Lucy Bellwood's about economic survival. Where Sarah Jeong got to talk primarily about the ethics of ad-blocking, a seemingly niche concern. Where Nina Freeman, designer of the awesomely fun and feminist (Big, Important) game Cibele got to show off her new passion project: an insane wacko 8-bit party game about silly teen car dates.

The Big and Important stuff was no more, or no less big, or important, as the rest.

At one of the semi-formal social meetups on Friday, specifically the #podcasts meetup (which if you know anything about me, you know obviously I went to the #podcasts meetup) I got into some great conversations with fantastic people. And all of them were kind of like me: loved podcasts, and wanted to make ones of their own. And these conversations all had a throughline which I've struggled with for years: one of us would say they "don't have an idea" for a podcast, then when pressed would inevitably say "well, I do have an idea, but it's not original enough, or it's not something I know enough about, or it's not Important enough."

Because I'm writing a reflection on XOXO 2016, I have to include this tweet:

Ready for day 2 of #xoxo, or as I like to call it: crippling imposter syndrome conference pic.twitter.com/XMeYaZZILV

The #podcasts conversations perfectly showed that. Everyone at our table had major imposter syndrome over whether they deserved to be a podcaster. We all had definitions of what that meant in our heads, and none of us seemed to live up to them.

But then, the weekend happened, and at least for me, getting to listen and speak to incredible people, from all ranges in the Big and Important spectrum, did a little bit to beat the imposter syndrome out of me.

I say a little bit because, lol, duh I still have horrific anxiety about creating anything ever. One weekend ain't about to change 22 years of Feelings and social conditioning. The imposter syndrome isn't gone... but I know, especially looking at the speakers and attendees, and especially-especially the Film and Animation track, that what seems to matter more is to find the thing you want to do, and do the thing. And if it's good, even if it doesn't seem Big enough or Important enough to spend your time on, it may just end up being more than big enough, and plenty important. There's still plenty of reasons to feel impostery (will people like my thing being chief among them) but this weekend chipped away at one of them.

I'm in the process of starting two podcasts, both of which are really really dumb ideas and which never even scratch the surface of the Big and Important work being done by other podcasters and creators. But I like them, and after XOXO I want to do them. So I think I will (5).

I do want to make it absolutely, positively clear that just because this is focusing on the not-Big-and-Important stuff, isn't meant to slam the Big and Important. This post is based on the assumption, especially in the can't-call-it-left-leaning-because-it's-so-far-left-everyone's-sideways XOXO community, that awesome stuff like Ordinary Women/Jenn Schiffer/Lucy Bellwood/Heben Nigatu/Esra'a Al-Shafei are getting deserved love for being, for lack of a better word, "obviously" awesome? And this post, being semi-focused, mainly praises other people. But again, Big and Important is awesome as well 🙃

(Also also, anyone not mentioned in this post, if they spoke or performed at XOXO, you're pretty fair in assuming I think they're rad as heck, even if they aren't in this recap. So again: 🙃)

(1): Or maybe, like me, your first thought is along these lines: 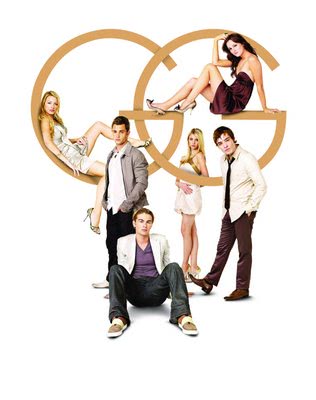 (2): Though fun fact, apparently my manager plans RAVES in his spare time, so if anything it was a disappointment to explain that no, it's not related to the Netflix movie, it's mostly nerds trying to get over social anxiety while talking about art.

(3): Note: a rad thing about XOXO is that they post the talks on Youtube after the festival, and so this post will be updated to include links to the mentioned talks. Until then, ya get Twitters.

(4): Though from my read of Andy, I'd put more money on intentional.